Alerts and Updates WVCCE July 12, 2022
A Survey to Safeguard Democracy
As we gather, as a nation, to reflect upon the prevalent circulation of the “Big Lie,” and the resulting January 6th coup attempt, it is more important than ever that we take the necessary steps to safeguard our democracy. To accomplish this, WV Citizens for Clean Elections and its partners in the WV Freedom to Vote Coalition are working to eliminate barriers of access to the polls, hold our election officials accountable, and restore faith in the sanctity of our elections among the general public. More
Issues: Clean Elections, Democracy, Voting Rights

Document WVCCE February 25, 2022
End Voter Disenfranchisement: Let Justice-Impacted People Vote!
In 2021, there were 10,326 West Virginians who were unable to become voters because they were on parole or probation. These West Virginians have served their time. They pay taxes and give back to their communities. There is no reason their right to vote should continue to be withheld. More
Issues: Voting Rights

Alerts and Updates WVCCE October 18, 2021
Join Us for the Freedom to Vote Relay
Join us on the caravan/relay from West Virginia to D.C., the Rally at the Finish Line on October 23rd, or stops along the way. With a major vote expected later this week, we need to push harder than ever to make sure the Senate does what it takes get the #FreedomToVoteAct across the finish line. More
Issues: Dark Money, Democracy, Redistricting, Voting Rights

Alerts and Updates WVCCE July 23, 2021
You’re Invited: WV For the People
Right now, the future of our democracy is at stake. We, as West Virginians, have the power to fix it by asking Senators Manchin and Capito to pass the For the People Act by whatever means necessary. More
Issues: Clean Elections, Democracy, Voting Rights

Press Release WVCCE June 3, 2021
West Virginians Need to Know Their Judges Are Being Picked for the Right Reasons
Precious little information has been released to the public about the West Virginia Intermediate Court of Appeals, which is set to begin operations in July 2022. Among the omissions is a clear criteria for how members of the court will be selected. West Virginians deserve to know when and why judges are being picked for their jobs. A public set of criteria will help prevent any direct or indirect political favoritism, safeguard the integrity of the court and preserve public confidence in our judiciary. More
Issues: Fair Courts, Judicial Independence, Transparency

Press Release WVCCE May 27, 2021
West Virginians Deserve Full Transparency on Intermediate Court
Courts can only be considered fair and impartial if they are created and staffed in a fair and impartial manner. To ensure the public’s trust and confidence in the West Virginia Intermediate Court of Appeals, it’s imperative that the governor’s office provide a public calendar or schedule outlining the appointment process along with clear criteria for potential appointments. More
Issues: Fair Courts, Judicial Independence, Transparency 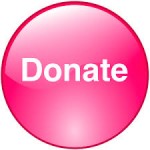 Alerts and Updates WVCCE April 19, 2021
Moving Forward
West Virginians banded together during the legislative session to help defeat a few bad bills, including threats to voting rights. However, two measures we opposed related to West Virginia courts were passed by the WV Legislature. We need your help. Donate now to help us build a campaign to stop the impeachment amendment at the ballot and monitor the creation of the intermediate court. More
Issues: Democracy, Fair Courts, Judicial Independence, Voting Rights

Press Release WVCCE February 18, 2021
HJR 2 Is A Dangerous Solution Looking for A Problem
HJR 2 would cut loose future impeachment proceedings of the state legislature from all constitutional restraint. The amendment would make it so that no court in the state could intervene to protect the right to a fair hearing of a public official facing impeachment, no matter how frivolous the charge or constitutionally flawed the process. In the hands of a partisan majority, this new power could be abused to oust political opponents without cause, thereby eroding existing checks and balances between the three branches of government and undercutting public trust in the political process.  More
Issues: Fair Courts, Judicial Independence

Alerts and Updates WVCCE January 22, 2021
We Need Your Voice and Your Support
Whether it's calling members of Congress, writing a letter to editor, or signing the WV NAACP’s petition calling for the removal and disbarment of Attorney General Patrick Morrisey we need your voice to hold our elected officials accountable, expand and protect voting rights, and create a democracy that is representative of all Americans’ voices and values. More
Issues: Citizens United, Democracy, Fair Courts, Voting Rights

Alerts and Updates WVCCE November 25, 2020
Thank You!
Thank you for being a major part of our efforts -- fighting for free, fair, and safe elections for West Virginians. With your support, we were able to accomplish a lot this year, despite the obstacles that came about due to COVID-19. And with your continued support, we will be able to continue this work and prepare for the new year. More
Issues: Clean Elections, Fair Courts, Health, Voting Rights, WV Supreme Court

Alerts and Updates WVCCE November 23, 2020
Let’s Make It Permanent
This year's pandemic created a new host of obstacles for our elections, forcing West Virginia to get creative in order to keep voters and poll workers safe. This included expanded access to absentee voting options, which allowed voters to make their voices heard without risking their lives -- leading to record turnout across the nation. We saw the impact that increased access to the ballot box had on voter engagement, and we cannot allow that to be taken away. More
Issues: Democracy, Health, Pro Democracy, Voting Rights

Alerts and Updates WVCCE November 16, 2020
Pro-Democracy, Anti-Corruption
Our democracy is under attack, but we have the tools to fight back against measures that will hinder our progress towards a government that is transparent, accountable, and responsive to our needs. More
Issues: Clean Elections, Democracy, Fair Courts, Transparency

Alerts and Updates WVCCE November 9, 2020
Results Are In. The Voters Have Spoken.
With record turnout across our nation, Americans made their voices heard. But unfortunately, our systems are being challenged by players who want to change the rules of the game. Some politicians are attempting to sow doubt by using unproven claims to change the outcome of the election because they are afraid of losing. We must continue to remain diligent in the face of misinformation as our new government is formed over the next few months.   More
Issues: Democracy, Fair Courts, Voting Rights

Alerts and Updates WVCCE November 6, 2020
Hang Tight – Our Democracy is Working
It may take a while for all of the votes to be counted but the most important thing is that all votes are counted and everyone’s voice is heard. Any attempts to undermine the count are direct threats to the integrity of our elections and our democracy. American voters will determine the outcome of the election, not any particular politician or government body.  More
Issues: Clean Elections, Democracy, Voting Rights

Alerts and Updates WVCCE November 2, 2020
Tomorrow is Election Day
Tomorrow, November 3, is the day we have all been waiting for: Election Day! If you have not already voted, please make a plan today to cast your vote tomorrow. And tell all of your friends and family! This election is so important, so it’s critical that you make it to the polls and vote! Please remember to vote down the ballot, because every single office matters. More
Issues: Democracy, Voting Rights

Alerts and Updates WVCCE October 30, 2020
Make A Plan To Vote
Mark your calendars! Saturday, October 31 is the last day to early vote! Additionally, remember that you have until Monday, November 2 to hand-deliver your Absentee Ballot to the County Clerk’s office. You can also trade in your absentee ballot and vote in person. Details here. Happy voting! More
Issues: Democracy, Voting Rights

Alerts and Updates WVCCE October 28, 2020
Recipe for Confusion
The state made the decision to not automatically mail ballot applications for the November general election. Changing up the rules is a recipe for confusion, and with WV having one of the lowest turnout rates in the nation, we should be working to expand access to voting, not putting in place more barriers. WV Citizens for Clean Elections is fighting against this disenfranchisement by informing voters about the voting process. Help us in our mission of fighting for clean elections by donating today so we can help voters navigate the process and cast their ballots. More
Issues: Clean Elections, Democracy, Fair Courts, Voting Rights

Alerts and Updates WVCCE October 24, 2020
Stealing the Court
After our country lost the great leader and icon, Justice Ruth Bader Ginsburg, it only took a few days before powerful special interests launched a well-funded, politically motivated campaign to steal the court. West Virginians are no stranger to special interests and dark money swaying our court systems, which is why we are not going to sit on the sidelines and wait to see what happens. Join us in the fight to save our democracy. More
Issues: Dark Money, Democracy, Fair Courts
Previous  Next

Most Recent Alert: July 12, 2022
A Survey to Safeguard Democracy

Searchable Archive (Hover on icons for legend)
Tweets by @WVCCE