Despite the way practically every West Virginia voter — Republican or Democrat — feels about the state of our politics and money’s role in it, West Virginia politicians are charging ahead with SB 622 — the bill no one asked for. No one except wealthy special interests, of course.

Most West Virginians can’t afford to give $1,000 to their favorite candidates, let alone the new, nearly tripled upper limit of $2,800, so it’s worth asking: who wants these higher limits?

SB 622 is on 2nd Reading (amendment stage) in the House today, and will be up for 3rd Reading (final passage/vote) on Friday, March 8.

It’s clear that these changes are being done as quickly and as quietly as possible because the people of West Virginia overwhelmingly support elections where candidates listen to the voices of everyday people — not wealthy special interests. It goes without saying that SB 622 would go against this will. What is more, the voters of West Virginia want to know who is trying to influence their representatives and their votes with their big-money donations. That is why it is especially egregious that Republican members of both the Senate and House Judiciary Committees shot down an amendment that would have brought disclosure to independent expenditure groups (often called “dark money” groups), that give more than $10,000.

Unbelievably, the opposition to the dark money transparency amendment claimed it would have hurt the free speech of a hypothetically oppressed donor who gives more than $10,000 to an 501(c)4 dark-money group. There may be a place for real concern about political retribution and the need to protect free speech rights, but it most certainly does not apply to the elite individuals who are already able to give more than $10,000 in a single election cycle.

Which brings us to another question: Why do we have contribution limits anyway? To prevent corruption, and ensure equality of political voice. You don’t have to go too far to see why million-dollar campaign donations can lead to nearly direct quid-pro-quo corruption. Just take a look at the past actions of Don Blankenship and the West Virginia Supreme Court. But the other important function of contribution limits is to ensure that all West Virginians, no matter how much they make, have an equal voice and equal representation with their state elected officials.

It is this fundamental principle of fairness — so essential to West Virginians — that is violated by this rapid and secret passing of SB 622, which will give more power over our government to the richest few, lobbyists, and wealthy special interests. West Virginia should be a model of government by the people, not for the wealthiest few. The Legislature should shoot down SB 622 and give the people of West Virginia a real voice in our government through the Pro-Democracy, Anti-Corruption Platform.

For more details on the bill, or its path through the House and Senate, please reach out to Julie Archer at (304) 610-9094 or julie@wvoter-owned.org. 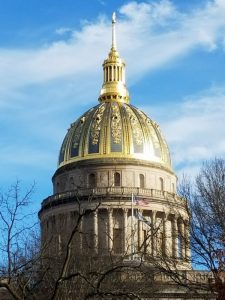