WEST VIRGINIA VOTERS WIN AS AMENDMENT 1 GOES DOWN TO DEFEAT

Charleston, WV — West Virginia Citizens for Clean Elections released the following statement from WVCCE Coordinator Julie Archer in response to Amendment 1 going down to a resounding defeat at the hands of West Virginia voters:

“The defeat of Amendment 1 is a huge victory for West Virginia voters, who overwhelmingly rejected a dangerous change to our state’s constitution. The amendment would have opened the door to blatant abuses of power by an out-of-control legislature and eroded the checks and balances between the three branches of government. When voters go to the ballot box to pick their leaders, their voices should be heard and respected. Under the changes proposed in Amendment 1, an extremist state legislature could have removed any public servant – and overturned the will of the people – without due process. I’m proud of West Virginia voters for coming together and defending their right to democracy.”

West Virginia Citizens for Clean Elections’ mission is to increase transparency and accountability in West Virginia elections, and advance reforms to strengthen democracy and ensure fairness and impartially in our courts. 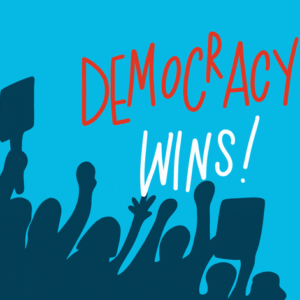