On Valentine’s Day news broke that former state Supreme Court Justice Allen Loughry will spend two years in prison for using his position on the Court for personal gain, actions which came to light as reporters looked into lavish spending on renovations at the Court, and Loughry sought to shirk responsibility and shift blame by going to federal prosecutors.

The news coverage exposed what would become a scandal involving all five Supreme Court judges. Impeachment proceedings began, some resignations ensued, and that set the stage for the Governor to make two highly partisan appointments to fill vacancies on the Court.

For the Governor and Legislature, the scandal provides an ongoing opportunity to implement reforms to improve the integrity of and restore confidence in the Court. Or not.

Actions taken so far this Legislative Session could actually erode the separation of powers between the legislative and judicial branches of government. These actions could undermine the independence of the judiciary, and—after the impeachments and partisan appointments of last year—provide more opportunities to pack the courts with partisan allies.

For instance, there’s Senate Bill 266, which would establish an intermediate court of appeals (ICA) for the State. Governor Jim Justice says this legislation would “restore honor and integrity” to the Courts. Instead, this bill would create the first bench of unelected judges in the history of West Virginia, and it would allow Justice to appoint all the members of the ICA—a court packing scheme with serious implications for any families, students, or businesses seeking justice in the courts!

Why are the Governor and the Legislature proposing to take the power of the vote away from West Virginians? How could our elected leaders think appointing judges through a process that is not transparent help restore trust in the Courts?

Perhaps even more worrying, the House Judiciary Committee just approved and amended Senate Bill 398, which deals with payment to senior status judges. An amendment includes punitive measures on judicial retirement accounts unless the Court reverses a specific decision that the Legislature disagrees with. This sets a dangerous precedent, and is a perfect example of the type of politically motivated attacks against state courts that are on the rise around the country.

Rather than attacking and packing the courts, the Legislature and Court should double-down on implementing reforms to promote a fair and impartial judiciary and improve confidence in both the judicial system and the electoral process.

The Court did adopt some new accountability standards focused on addressing the practices that got them in trouble last year, nonetheless, much remains to be done.

Two reforms that could go a long way toward restoring public trust public trust in the judiciary focus on the secret special interest money that is pouring into judicial campaigns. The Legislature must pass disclosure and transparency laws that show the public who is trying to influence their votes. And it is way past time for the Court itself to adopt an objective recusal standard to remove conflicts of interest from our courts, so that judges who take money from someone can’t preside over their case.

Ten years have passed since the landmark U.S. Supreme Court decision in Caperton v. Massey where the nation’s highest court ruled against then-WV Supreme Court Justice Brent Benjamin after he refused to recuse himself from from a case boasting a $50 million conflict of interest..

In that case, former U.S. Solicitor General Theodore B. Olson wrote, “The improper appearance created by money in judicial elections is one of the most important issues facing our judicial system today. A line needs to be drawn somewhere to prevent a judge from hearing cases involving a person who has made massive campaign contributions to benefit the judge. We certainly believe that, in this case, acting Chief Justice Benjamin crossed that line.”

These are a few of the points enumerated in West Virginia Citizens for Clean Elections’  (WVCCE) Pro-Democracy Anti-Corruption Platform. Fortunately, several legislators are well aware of the platform and have introduced several bills that, if passed, would increase accountability and transparency in West Virginia elections, make voting more accessible to all citizens, limit the influence of big-money in politics, ensure fairness and impartiality in our courts, and increase citizen participation in the electoral process.

To help guard against these attacks on the courts and to help advance the democracy  reforms we need, please get involved with WVCCE’s work. Contact us at info@wvoter-owned.org.

Julie Archer & Vivian Stockman are leaders of WV Citizens for Clean Elections, a coalition working to increase transparency and accountability in West Virginia elections, and ensure that our courts are fair and impartial. A version of this article was published in the Charleston Gazette-Mail on February 23, 2019. 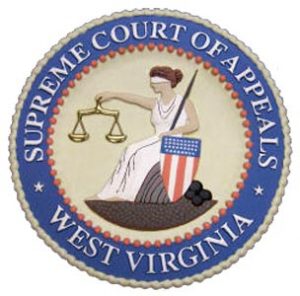