We need to speak up. Let Senator Manchin know we need his support for democracy reforms now!

Since the Supreme Court’s Citizens United ruling, political spending by wealthy interests and mega-donors has gone through the roof, pushing regular voters and the issues we care about to the sidelines of our democracy. In fact, just 158 families contributed half of this year’s early campaign funding in the race to capture the White House. As the issue comes to a head this election cycle, members of Congress have headed home to their districts for the summer to hear from constituents.

This is our chance to be heard.

In Congress, some lawmakers have proposed solutions to put regular voters back in control of our elections: The We the People package and the Fair Elections Now Act. These bills would overturn Citizens United, shine a light on secret political spending, close the revolving door between Wall Street and bank regulators, and elevate the voices of everyday Americans by amplifying small contributions with limited public matching funds. Together, those changes have the power to reshape politics and create a government truly of, by, and for the people.

Tell Senator Manchin to put West Virginians and everyday Americans first and cosponsor the We the People package and the Fair Elections Now Act. Click here to sign the petition. 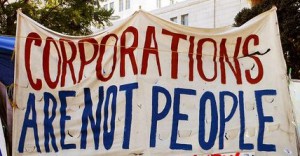