This Independence Day, we will all be celebrating the founding of the United States and our declaration of independence from the tyranny of monarchy. In West Virginia politics, however, it seems we have another tyranny to overthrow — the tyranny exercised by powerful special interests in our state’s democracy.

A recent report published by the Brookings Institute shows us the way forward for WV political reforms, and it isn’t with more big-money laws like SB 622. One of the more important findings is how well this issue resonates across the political divide. While President Trump touts his small-donor fundraising on one side of the aisle, potential Democratic nominees all tout their small-donor fundraising and their distance from corporate Super PACs. They recognize that voters of all stripes are tired of this big-money status quo—we are demanding real representation, where one person equals one vote, and powerful special interests don’t get extra sway over the process.

From the Brookings report: “Americans may have finally found common ground in their demand for better government—or at least the deep reform that might produce it…Trump divided the nation on major issues such as immigration, identity, and Obamacare, but brought the nation together on the demand for reform.”

At the local level we see this with the Governors’ race, still 16 months away. Stephen Smith, the pre-filed candidate who has raised the most reported funds so far, has made the connection between a good representative and small-donor fundraising explicit: “We’re proving that a people-funded campaign is not only possible in West Virginia. It’s the only thing that will give us the government we deserve.” Governor Justice famously funded his own campaign, echoing Trump’s awareness that voters prefer a candidate that “can’t be bought.” Whether this is preferable or not for any individual candidate, self-funding cannot be part of a systemic solution, since it will never be accessible to working class West Virginians. We need a bigger idea for reform.

But rather than expanding our judicial public financing program, our legislators were busy passing a disgraceful law that only benefits a handful of the wealthiest campaign donors in West Virginia. SB 622 more than doubles many of the limits we have on how much money one person can give to a political campaign. These limits are there to protect our government from corruption and undue influence of the wealthiest few. And when I say few, I mean I counted. Only 124 people reached the limit on their donations to a candidate in the last election cycle.

No one in West Virginia thinks our politics should look more like Washington, where powerful special interests get more of a say than voters. Instead, the solution is for West Virginia to chart a course to a better politics—to offer a voluntary system of publicly financed elections for candidates who pledge to only raise money from small donors, as well as a host of other reforms that can ensure our government works for the people—better representation, less gridlock, and more bipartisanship.

In the meantime, all of us can do our part for West Virginia this independence day by adding our voice to the rule-making around SB 622. One silver lining of the law is that it has some wording that could—if the rule-making is done well—lead to increased transparency in our elections, something that is sorely needed. If you want to let our State Election Commission that we need more transparency in our politics, you can visit www.wvoter-owned.org.

Julie Archer is Project Manager at WV Citizen Action Group and Coordinator of WV Citizens for Clean Elections, a coalition supporting reforms to strengthen democracy and ensure fairness and impartially in our courts. A version of this commentary was published July 5, 2019 in the Charleston Gazette-Mail. 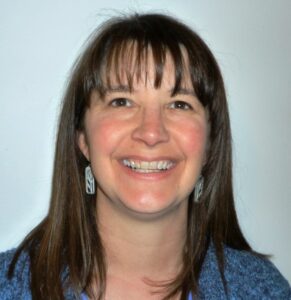