Who: WV Citizens for Clean Elections

Details: (Charleston, W.Va.) — On Monday, October 29, a coalition of citizen groups working to increase transparency and accountability in West Virginia elections is hosting a screening of the documentary film ‘Dark Money’ followed by a panel discussion with election law experts.

‘Dark Money’ (darkmoneyfilm.com) examines one of the greatest threats to American democracy: the influence of untraceable corporate money on our elections and elected officials. The film takes viewers to Montana—a front line in the fight to preserve fair elections nationwide—to follow an intrepid local journalist working to expose the real-life impacts of the US Supreme Court’s Citizens United decision. The film also shows how attorneys, elected officials, and local activists in Montana fought back and won.

The filmmakers are working with groups across the country to highlight the need for reform so that voters know who is spending money to influence their votes and their elected representatives. WV Citizens for Clean Elections (WVCCE), a coalition of good government advocates, environmental groups, labor unions, and faith based organizations is pushing to strengthen disclosure laws in elections and increase transparency of campaign activities and lobbying activities to give the public more information on who is impacting West Virginia elections and legislative decisions.

“Dark money groups spend millions to shape our elections at all levels of government without revealing where their money comes from. But it doesn’t have to be this way. We hope folks will come see the film and be inspired to help us fight big money in West Virginia elections,” said Julie Archer, Coordinator for WVCCE.

After the film, WVCCE will host a panel discussion with election law experts including Anthony Majestro, a Charleston attorney who has successfully defended the state’s campaign finance laws in federal court.

Purchase your tickets here. Ticket are available at the door but seating is limited. 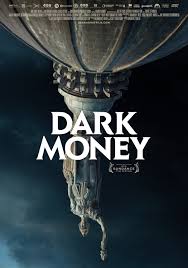