With the unprecedented conviction of former Massey Energy CEO, Don Blankenship, the public should take comfort that Blankenship has been served a small measure of justice for his actions.

Those with the power to do so should use this opportunity to push for what still needs to be done to – as Senator Manchin put it – “not allow the prioritization of production and profits over the safety of our workers.”

This means greater enforcement of existing coal regulations and stiffer penalties for mine safety crimes to ensure this never happens again.

But we also must remember Blankenship’s fuller legacy on the state and the effects his prioritization of profit had elsewhere — namely our elections.

While Blankenship’s $3 million investment in now-Justice Benjamin’s Supreme Court race led to judicial public financing in West Virginia (and since even made Benjamin a convert, now that he is planning to use public funds to run for reelection next year), the influence of money in our state elections is still too high.

Without more robust disclosure of third-party political spending, permanent funding for the public financing program already in place for judicial elections and public financing for legislative races, our government will continue to be subject to the undue influence of the coal industry and other special interests.

During the 2015 legislative session, the ironically named Coal Jobs and Safety Act passed, which rolled back mine safety. Another bill made it more difficult for miners to sue employers if they are injured by deliberate violations of safety regulations. In the 2014 election, sponsors of these bills benefited from more than $70,000 in political advertising paid for by a Super PAC funded primarily by the coal industry, and over $40,000 in direct contributions from donors associated with the industry.  These figures do not include contributions that were not disclosed to the Secretary of State. Unfortunately, the current disclosure laws in West Virginia allow contributors to hide their identity while influencing our elections. We cannot allow this lowly form of campaign cowardice to continue. West Virginians deserve to know who is trying to influence our votes and buy our public officials.

Public financing and transparency of political spending are important safeguards for a true democracy.  The corporate elite, millionaires and billionaires should not be able to use their wealth (covertly or otherwise) to bribe our elected officials, and they should not get away with dictating what happens to the future of our state and the future of our people. In a true democracy everyone’s voice should be heard. Donors who contribute to a candidate’s campaign or spend millions of dollars on political ads should not have more access to and influence over our government.

A version of the commentary appeared in the Charleston Gazette-Mail on January 7, 2016. 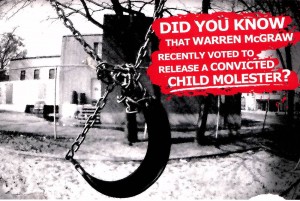