Today’s the day, y’all. Polls opened in West Virginia at 6:30 a.m., some with hours-long waits before even opening the doors. We have until 7:30 p.m. to do this thing, so if you’re still holding onto your absentee ballot, take it to the polls with you—it can be “spoiled” so your in-person vote will be counted today. If you are at high risk and can’t make it to the polls but you’ve still got your ballot, drop it in the mail right now! No really, right now, we’ll wait. …You’re back? Okay, good. Your ballot won’t be counted until the canvass on Nov. 9, but that’s alright, you still did the thing. We’re proud of you.

So what do we do today?
Above all else, spread the message that we won’t know the victors in the Presidential race today. West Virginia is on track to have a pretty definitive count late on or shortly after Election Day, but the surge in early and absentee voting across the nation will require more time. Start thinking of it as Election Week or Election Month, not Election Night, and spread the word. It is absolutely not abnormal that this process not be decided today, in fact it’s been the norm in the majority of recent general elections. Recanvassing may be necessary. State and federal courts may decide cases. The House is poised to decide in the event of disputes.

And for the love of truth and democracy, put on your critical thinking cap today, y’all. Media literacy is more important now than ever before, so it’s crucial that your consumption and info sharing be grounded in reality and not sensationalism, which we all know drives the news. According to the New York Times almost 100 million Americans have already voted, making the counting of ballots this year unprecedented even without Coronavirus concerns. Exit polls have always been flawed. Seasoned commentators and democracy disbelievers alike will make mistakes today.

But if like us you can’t stop doomscrolling and/or switching between channels, you’d better keep yourself occupied until at least 7 p.m., because that’s the earliest we could possibly see meaningful results. May we suggest getting outside? It’s a good day to take a hike or a stroll around your neighborhood, watch the leaves fall, move your body, and remember why this fight is so important: we are working toward a better world, and it’s imperative that we remember to stop and be present in it.

At 7 p.m. the majority of polls will be closed in Florida and Georgia (which is in play this year thanks to some stellar voter registration efforts!), and North Carolina closes shortly thereafter. Mail-in votes skew blue while day-of voting is expected to lean red, so if Biden seems on track to lose Florida, Georgia, and North Carolina, it is significantly more likely that Trump will be the winner, but still not decided. After those three states, if you’re still awake, coherent, and consuming news then keep an eye out for Pennsylvania, Arizona, and Texas. Texas is a real wild card this year, so keep an eye on them for a tight race. Also watch out for Iowa, Ohio, Michigan, and Nevada.

What happens if a candidate declares victory even if it’s pretty clear all votes haven’t been counted?
As of editing at 8:35 a.m. on November 3, there are already more than 300 state and federal cases in 44 states regarding this election. There will definitely be more over absentee ballots and rejection. Some of these won’t be decided for weeks. Will the Supreme Court decide the election? Perhaps. It is imperative that we place democracy at the forefront of our messaging and stay vigilant in this process. For more information on possible scenarios and precedents, check out this story by The American Prospect. Pro-democracy demonstrations are likely in this event. If you participate, we encourage you to check out Amnesty International’s guide to safety during protest before hitting the streets.

What happens if there’s blatant voter intimidation, poll-watching, or demonstrations with the purpose of keeping folks from voting? Or worse deployment of the troops or law enforcement?
The former is more likely, and should be reported immediately. If you’re local, we strongly suggest the ACLU’s voter protection hotline—they are well-versed and have strong connections in the appropriate offices to see justice done in a safe and timely manner. The latter scenarios are not easily perpetrated and are significantly less likely, but are not impossible. These would likely be responses to protests or unrest in the streets. According to The Atlantic there are numerous pre drafted emergency motions ready to file in state or federal court in response to various worst-case scenarios. In case of these events it is important that we remember that protest has been instrumental in many crucial advancements throughout American history. Protest is as American as apple pie, and can be an effective means of giving voice to the unheard. Effective leaders listen to their constituents.

Remember for the sake of our nation that every vote must be counted, and we must move forward with healing in mind. 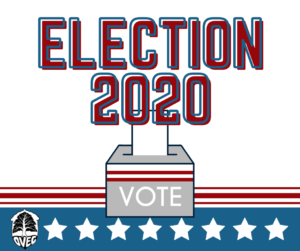