Senate Bill 539 Passed out of WV Senate, On to House

On Monday, the West Virginia Senate passed a major campaign finance overhaul bill (SB 539) that would decrease disclosure of political spending while also increasing the amount of money that can be given to the candidates, political action committees (PACs), and political parties. The bill was passed on a party line vote with 21 Republican Senators voting yea and 12 nays from Democrats. The bill is now before the House Judiciary Committee and we are considering requesting a public hearing. Can we depend on you to speak out against more money in WV politics? In the meantime keep reading to learn more about the bill and what happened in the Senate.

Although SB 539 increases disclosure in some small ways, like requiring PACs and entities making independent expenditures to file reports electronically, the overall effect of the bill is a weakening of disclosure while allowing more money into a broken system that favors the wealthy and special interests. For example, the bill would require less disclosure for spending on independent expenditures by raising the thresholds that trigger reporting and disclosure of contributors to groups making these expenditures. In addition to weakening some of our current disclosure requirements, the bill also creates new loopholes and worsens existing ones that make it possible for groups that spend money on political ads to hide the identity of their donors.

We need more disclosure in our elections, NOT more money! If we want to discourage negative attack ads, give candidates the ability to respond, and inform voters about who’s trying to influence their votes the best thing we can do is require those who are spending money on our elections to disclose to the source of the money.

The worst part of the bill is its failure to address the flood of secret money in our elections. Unfortunately, both the Senate Judiciary Committee and the full Senate rejected amendments offered by Senator Mike Romano (D-Harrison) that would have required disclosure of ‘dark money’ by closing the “covered transfers” loophole, which currently allows wealthy donors and special interests to funnel money through multiple PACs and organizations in order to obscure its origin.  The amendment Senator Roman offered on the floor actually mirrored a bill (SB 541) passed by the Senate two years ago.  Of the Senate’s current members, 18, including 12 Republicans, voted for that bill, but the vote on the amendment exposed their political posturing, as it was rejected on a mostly party line vote.

After rejecting the ‘dark money’ disclosure amendment, the Senate adopted an amendment offered by Senator Corey Palumbo (D-Kanawha) that preserves legislative findings used to defend our campaign finance laws, and leaves unchanged legal definitions that have been upheld and deemed constitutional by the courts. Senator Ron Miller (D-Greenbrier) offered an amendment that would close several loopholes in the bill. After dividing the amendment, the Senate adopted one part that clarifies a provision related to volunteer activities and rejected the rest. The Senate also rejected an amendment by Senator Glenn Jefferies (D-Putnam) to fix language unfairly targeting organized labor. As currently written the bill shields the identity of large donors who contribute to independent expenditure campaigns but requires disclosure of small donors (less than $25) who give to PACs affiliated with labor unions and other membership organization via authorized payroll deductions. 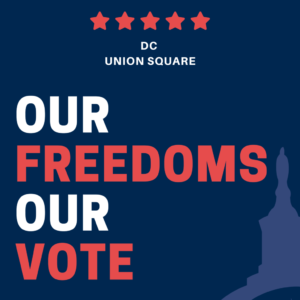